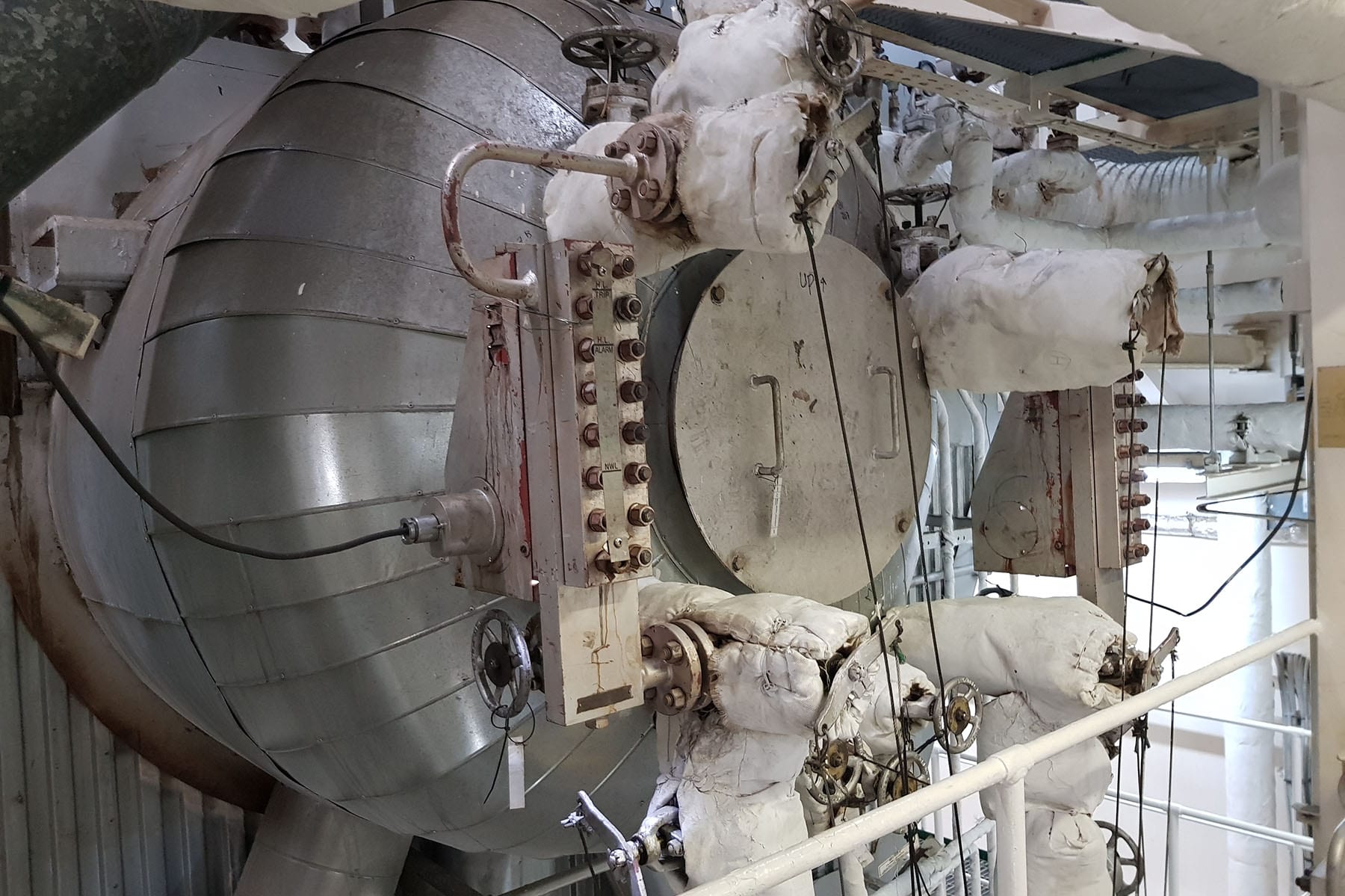 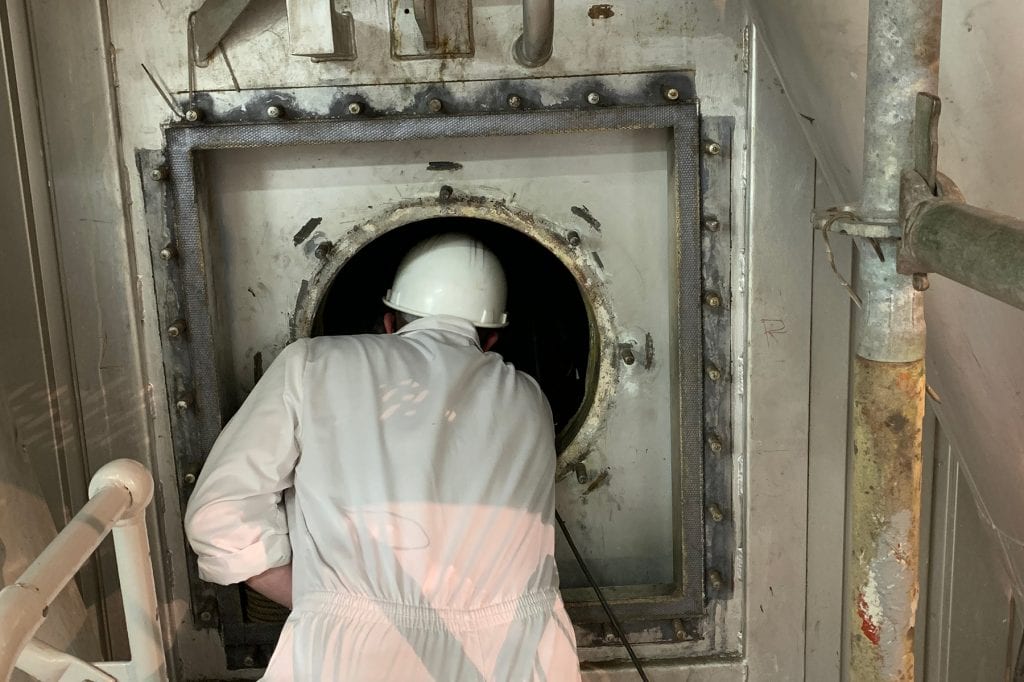 Our Power Solutions division can draw upon years of experience of working with a wide variety of different types of boilers with both high and low pressure capabilities. Boiler types include land based coal, gas and energy from waste applications with the addition of main and auxiliary type marine boilers used onboard merchant vessels and offshore. Our team has fostered years of close working relations with manufactures meaning we have full knowledge and ability to work with their systems giving great flexibility to clients who may operate a range of boilers from different manufactures.

Marine boilers are designed to be compact, with high efficiency and reliability.

Main boilers produce superheated steam at high pressure suitable for use within turbines – typically 60barg and 515DegC. Today, main boilers are most commonly found on LNG carriers where the boil off gas from the cargo is used as the primary fuel.

The ‘D’ type main boiler is the most prevalent type.

In brief, this construction has two drums, one water and one steam, with fully flooded water walls enveloping the furnace space, the tubes are welded together to form a gas tight space – it is this overall shape that gives there boilers a ‘D’ shape. Between the drums the main generating bank of tubes are installed and in the space between the generating bank and furnace, the superheater is installed with a screen wall of flooded tubes at the junction with the furnace. Large bore tubes, called downcomers are installed between the drums and headers to ensure proper natural circulation of the water. In the roof of the furnace burners are installed in a down fired configuration, where the flame path from the water-cooled furnace is through the screen tubes, the superheater assembly and the main generating bank, then finally through an economiser used to pre-heat the boiler feedwater, and finally through an air heater to preheat the combustion air fed to the burners and then to atmosphere at the funnel top. A typical arrangement can be seen in the following image.

An auxiliary water tube boiler is of similar construction, but with the omission of the superheater assembly and would produce saturated steam at lower pressures, typically 12 to 16barg. This steam can be used in cargo pump steam turbines and will often be reduced further to 8barg for use in auxiliary systems.

Fire tube, also known as smoke tube auxiliary boilers come in a multitude of designs and configurations. They are generally cylindrical and are either roof or side fired. In Marine applications they are usually always installed vertically, while on land, smoke tube boilers tend to be installed horizontally. The burner fires into a furnace which is surrounded by water, the flue gases then pass through tubes which are also surrounded by water. The heat is transferred to the water and steam is taken from the top of the boiler.

Marine auxiliary boilers are also supplied as ‘composite’ type, which incorporate a section of the boiler which is heated by the exhaust gases from the vessel’s main engine, the gas passages through the boiler between the fired section and the heat recovery pass are kept separate, and so these boilers are given two ratings, such as 3.0/1.1 – which would denote that the fired section produces 3.0tons of steam per hour and the heat recovery pass 1.1ton per hour. The lower amount of steam generated from recovering the heat in the main engine’s exhaust can often be sufficient during sailing, however when in port the vessel’s steam demand can increase and so the burner will need to be fired to increase the overall evaporation.

All boilers are subject to wear and tear, and failure. There are a multitude of factors which can cause problems with boilers however the most common are poor water quality, including contamination with oils, sea water or untreated water, improper operation, refractory failure, and combustion system faults. 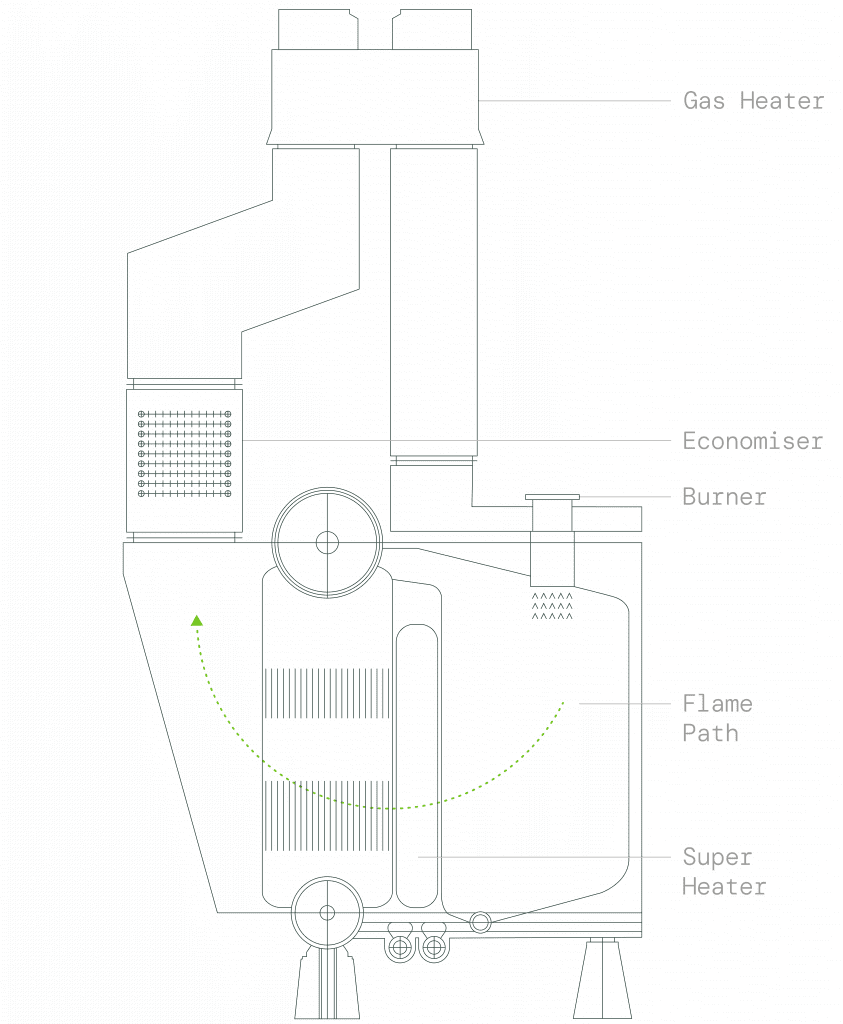 Want to get in touch?

Send us an enquiry

Your EEXI form has been submitted successfully.

One of our experts will be in touch soon to further discuss the potential savings for your vessel or fleet.