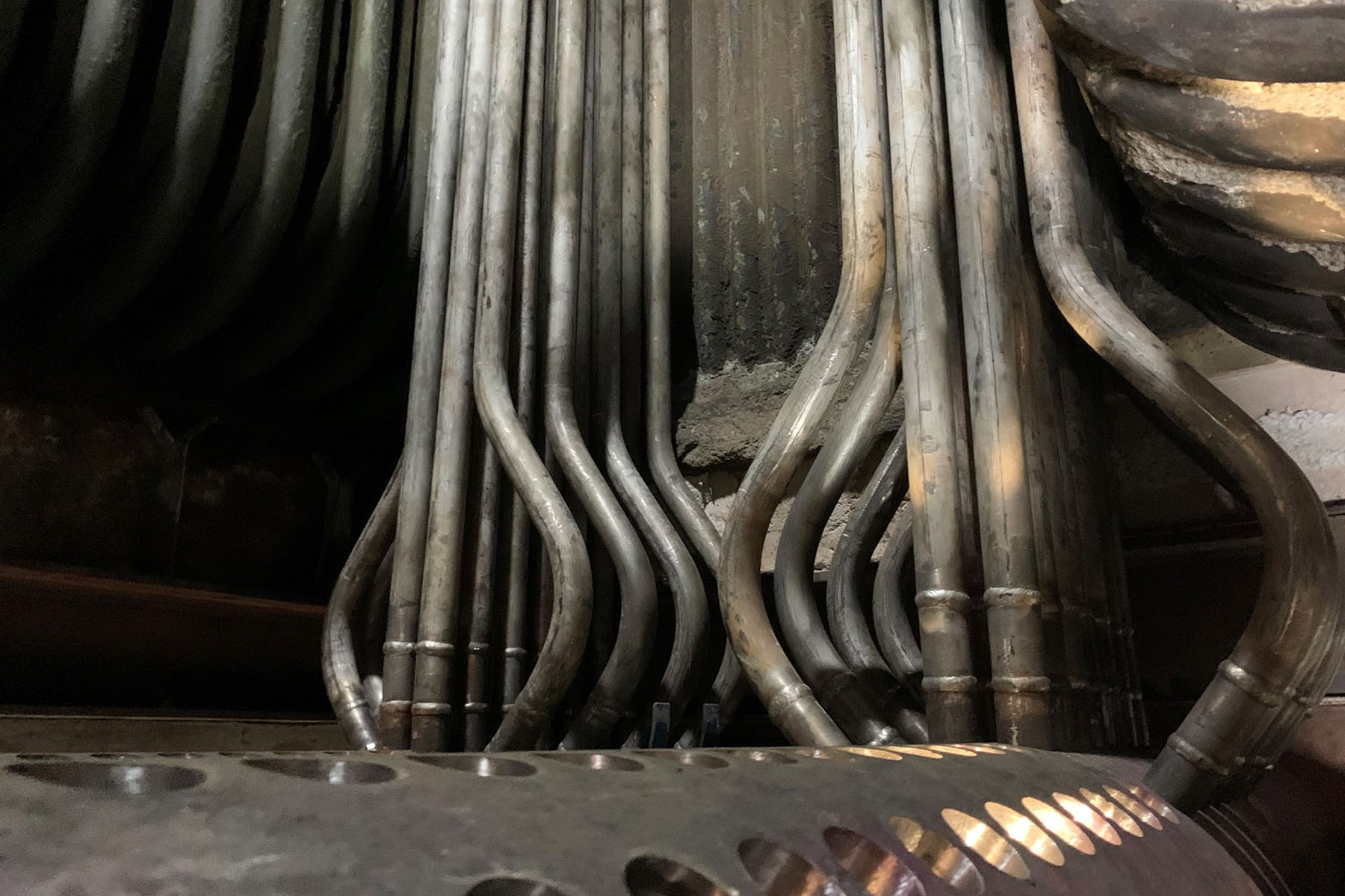 Our Power Solutions division can draw upon years of experience of maintaining, repairing, fabricating and installing superheater and economiser arrangements. Avantis boasts a fully equipped workshop capable of precisely manipulating tubes, manufacturing finned tubing and fabricating any support steelwork or bracketing. Our onsite project teams can fully or partly replace units irrespective of geographical location. We also provide in service inspections and surveys helping operators to achieve high performance whilst prolonging the life of the component.

We offer supply and installation of the following:

Within a boiler, the superheater is where the steam from the drum is passed through the hot gases exiting from the furnace to raise its temperature further. Superheaters work at the edge of their metallurgical limits because unlike all other tubes within a boiler which are fully flooded with water, the tubes are only wetted with steam, which means they operate at much higher temperatures and even though they are made from higher and more exotic grades or steel, they have a finite lifespan (approx 100,000hours) even in optimum conditions. Consequently they require close inspection and monitoring, and periodic replacement.

An economiser is a unit installed in the uptake of a boiler exhaust after the majority of the heat has been absorbed to produce steam or hot water. The economiser is used to further extract heat, but unlike a superheater, instead of heating the steam (or hot water) from the boiler, it heats the boiler water which feeds the boiler, and this pre-heating of the boiler water means the burners do not need to work as hard, thus becoming more efficient, using less fuel, and from where an economiser takes its name.

The tubes within economisers are finned to increase their effective surface area and extract as much heat as possible from the hot gasses in the uptake. The fins require cleaning as they are prone to fouling. Economisers lower the temperature of the flue gases and so during start up or maloperation can be subject to condensation forming. The deposit build up from operation on fuel oil contains sulphur, and when economiers are subject to the condensation it results in the formation of sulphuric acid, which aggressively attacks the metal and results in failure.

The same principle of pre-heating the feedwater is applied to the combustion air fed to the burners. This heat is applied either through a gas air heater, where the heat in the exhaust is used to preheat the air entering the boiler or its temperature is raised by use of a steam air heater, which is very similar in appearance to an economisers, with loops of finned tubes but the fins are much finer and closer spaced as fouling in not a major concern.

Want to get in touch?

Send us an enquiry

Your EEXI form has been submitted successfully.

One of our experts will be in touch soon to further discuss the potential savings for your vessel or fleet.